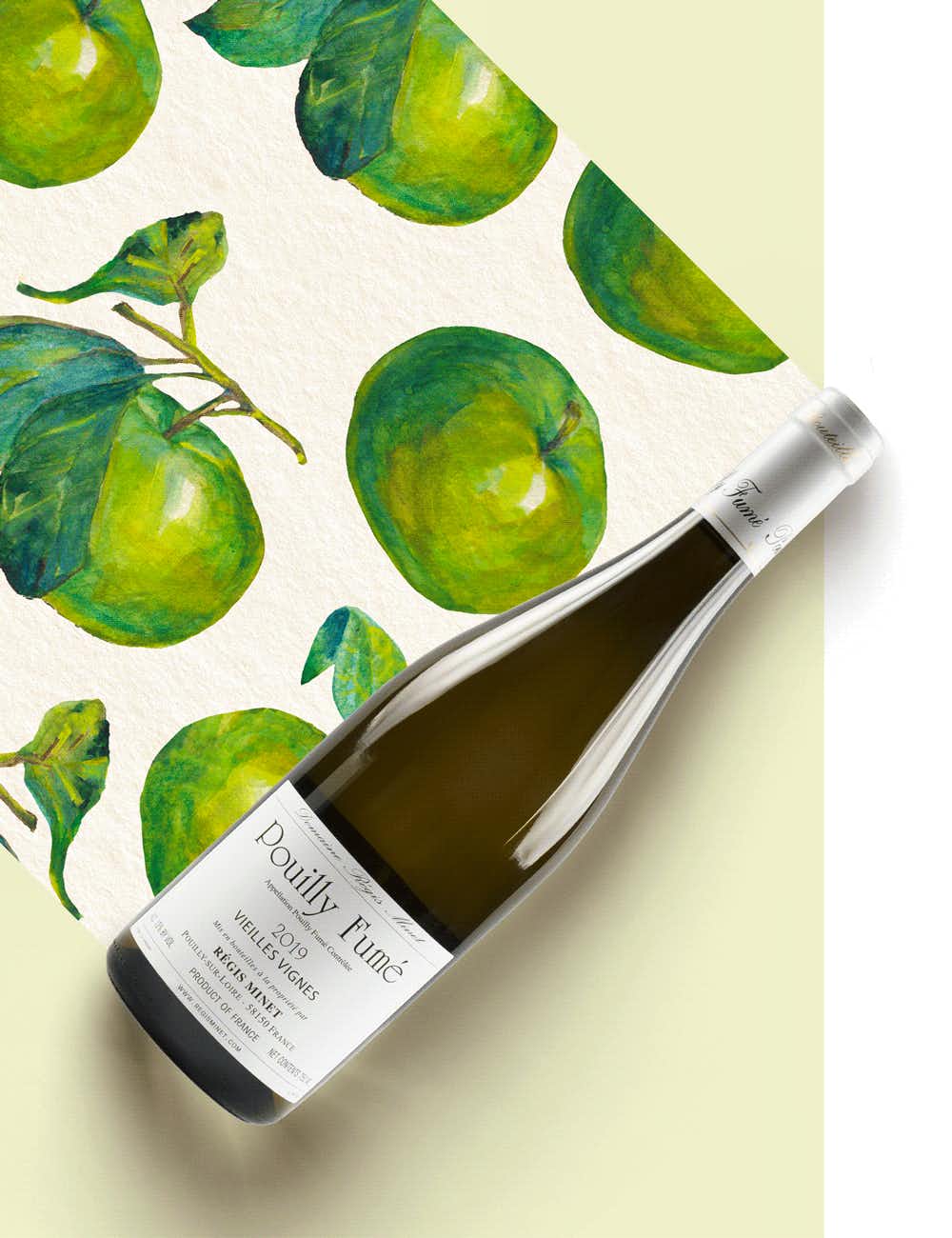 The roots of Domaine Régis Minet were originally established in 1937 by Robert Minet, an artisan ‘tonnelier’ (cooper) who also was in charge of his family's farm and who cultivated their own vegetables and livestock. Though Robert only began with 1.5 hectares of vines, he eventually extended to 3 hectares. When he unexpectedly passed away in 1976, his son Régis, who was only 17 at the time, courageously took over and has never looked back. Through his passion and determination, he slowly expanded the domaine to 11 hectares, modernised the winemaking cellars and launched his wines into export markets. From the Pouilly Fumé soils that are rich in fossilised minerals and flint, he produces 3 different Sauvignon Blancs, including his Vieilles Vignes (old vines) which is his flagship wine. His 2019 embodies the minerality of the region paired with the richness of the vintage. Expressive but focused with lots of green apple, pineapple, lime zest and elderflower.

Robin says "Pouilly Fumé is one of my favourite expressions of Sauvignon Blanc. It exudes notable minerality and tends to be a bit broader than Sancerre with often smokier undertones from the silex (flint) soils."